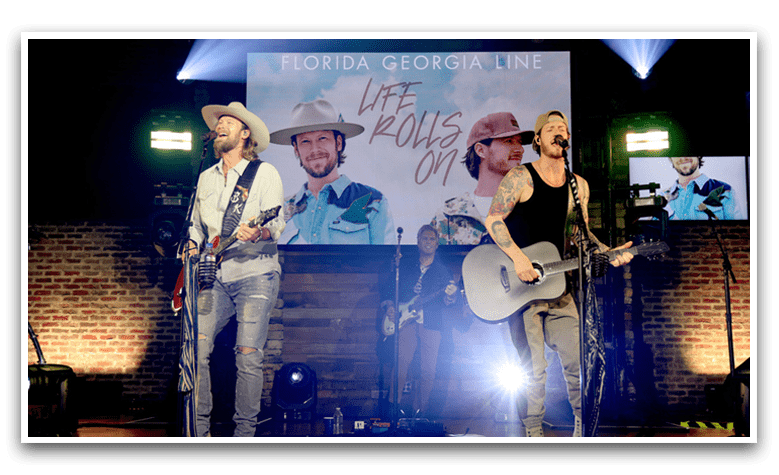 Kicking off with a preshow Q&A with CMT host Cody Alan, FGL’s Brian Kelley said he was most excited to hit the stage with “a new favorite.” “Tonight you’re going to hear it first, ‘Always Gonna Love You.’ I think that’s another little slice of who we are, what we do, and just sonically and everything – it’s pretty fresh and I’m excited about that song.”

As featured in Billboard’s Livestreams & Virtual Concerts to Watch, FGL brought the full production and amplified band energy to their own venue as they threw the ultimate “house” party. Opening the show with their 17th #1, “I Love My Country,” the superstar duo spanned their nearly decade-long musical career performing record-breaking hits like “Cruise” and “Meant to Be” – with special guest RaeLynn – mixed with brand-new tunes from their fifth studio album, LIFE ROLLS ON (BMLG Records). Celebrating current Top 10-and-rising single “Long Live,” the pair also debuted tracks live for the first time including “Ain’t Worried Bout It” and “Life Looks Good.” Referring to the title track “Life Rolls On” as “one of our favorite songs off this album,” FGL’s Tyler Hubbard shared onstage, “It brings us a lot of hope, it brings us a lot of joy, so we hope y’all love it.” 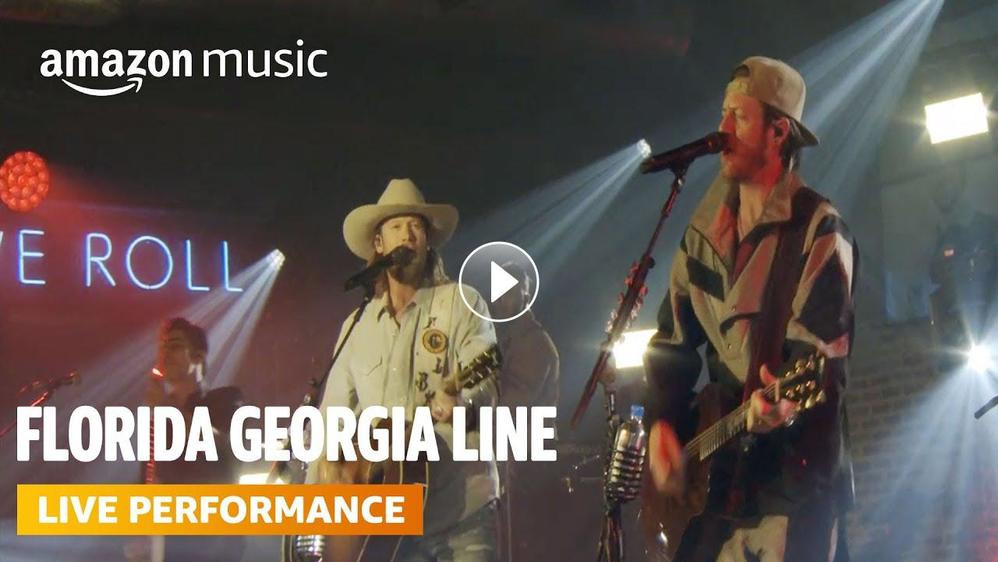 WATCH A CLIP OF "LONG LIVE"

With FGL House located near the site of the Nashville Christmas Day bombing, Amazon Music, FGL, CMT, and Big Machine Label Group each contributed to The Community Foundation of Middle Tennessee's Nashville Neighbors Fund to support local merchants. Donations were digitally collected during the livestream on Tiltify and are still being accepted here. Grants from the Fund are made available to nonprofits providing services for both immediate and long-term needs for those impacted from the explosion. Fans can learn more about the Fund by visiting cfmt.org/NashvilleNeighbors.

“I just want to say thank y’all for joining us tonight wherever you’re at in the world. Thank you for joining this party, we don’t see you but we feel you – we know you’re out there,” Hubbard added. “Also this is for such a great cause. We’re helping out our hometown of Nashville and we’re getting to play some music in the process.”