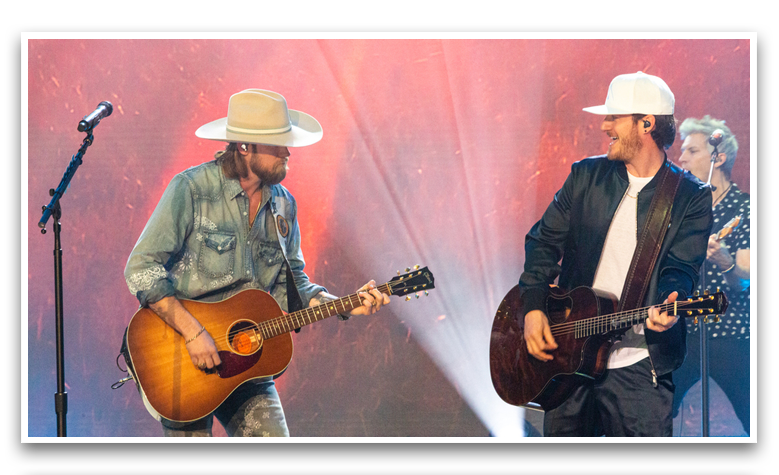 “This album is all-encompassing of our lives, where we’re at – there’s some love songs, some spiritual songs, party songs, and it kinda has a nostalgic feel to our first album, HERE’S TO THE GOOD TIMES,” shared FGL’s Brian Kelley. “We were channeling that a little bit. But just super proud of this project, super proud of us, and very grateful for all our fans all across the world, super, super humbled.”

FGL’s Tyler Hubbard agreed, “[‘Long Live’] It just takes us back to how this thing started. It sorta does have a nostalgic feel, a classic FGL feel to it. Man, it just feels good – it felt good when we wrote it on the bus, it felt good in the studio when we were recording it, and it feels incredible to get to play live.”

Toasting the anthemic “ode to good times” (CMT) with a full band, Kelley and Hubbard – dressed in AMIRI and Philipp Plein respectively – lived it up on a vibrant-lit stage. The chart-topper was written by the duo, alongside Corey Crowder, David Garcia, and Josh Miller, with Hubbard, Kelley, and Crowder also marked as producers. 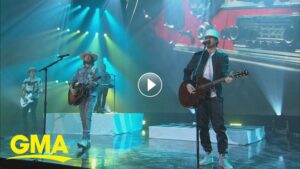